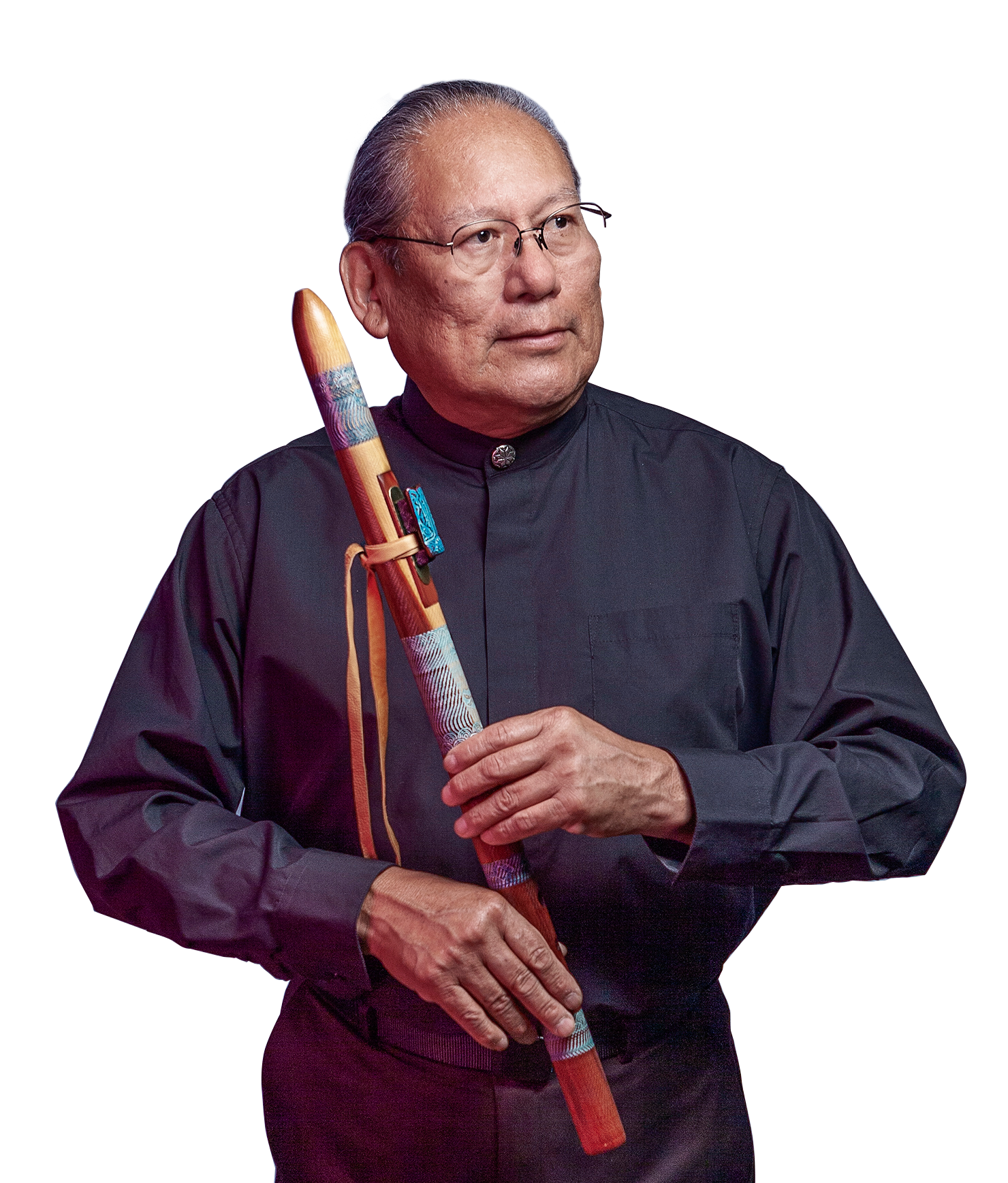 Of Navajo-Ute heritage, R. Carlos Nakai is the world’s premier performer of the Native American flute. Originally trained in classical trumpet and music theory, Nakai was given a traditional cedar wood flute as a gift and challenged to see what he could do with it.

Nakai began playing the traditional Native American flute in the early 1980s and released more than 50 albums in his career (with 40 on the Canyon Records label). Nakai has sold more than 4.3 million albums for Canyon Records and earned two Gold Records for Canyon Trilogy and Earth Spirit. In 2014, Canyon Trilogy reached Platinum (over 1 million units sold), the first ever for a Native American artist performing traditional solo flute music. In addition to his solo appearances throughout the United States, Europe, and Japan, Nakai has worked with guitarist William Eaton, flutist Paul Horn, composers James DeMars and Phillip Glass and various symphony orchestras.

While well-grounded in the traditional uses of the flute, Nakai has explored new musical settings including new age, world-beat jazz and classical. His cross-cultural collaborations have included an album with the Wind Travelin’ Band, a Japanese folk ensemble and Tibetan flutist and singer Nawang Khechog on several productions including “In A Distant Place.” Nakai has earned two gold records for “Canyon Trilogy” and “Earth Spirit” and has received eleven GRAMMY nominations in four different categories and earned a Governor’s Arts Award. Nakai’s career has been shaped by a desire to communicate a sense of Native American culture and society that transcends the common stereotypes presented in mass media. 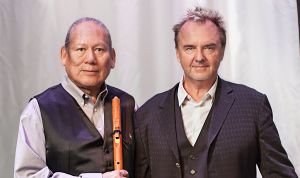 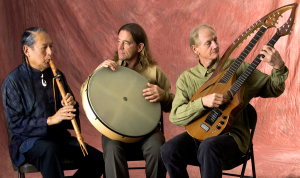 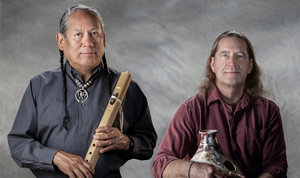